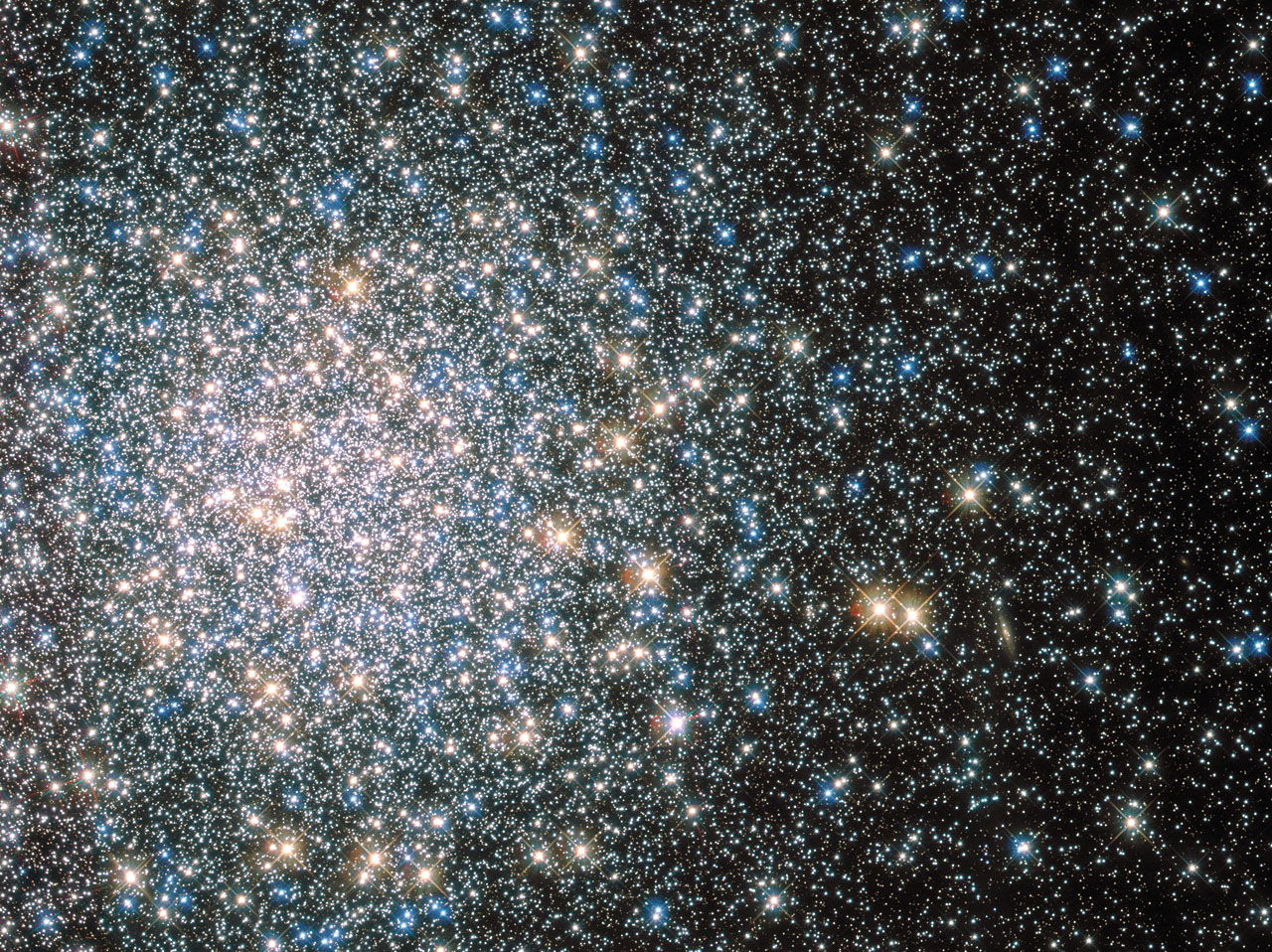 From the Hubble Space Telescope website: “This sparkling jumble is Messier 5 [aka M5] — a globular cluster consisting of hundreds of thousands of stars bound together by their collective gravity. At 13 billion years old it is incredibly old, dating back to close to the beginning of the Universe. It is also one of the biggest clusters known.”

Hope can come from unlikely sources. Which makes me wonder… What would be the most unlikely and surprising source of all? Looking within, with a wry chuckle, I conclude that would probably be my own self! So here’s a challenge to myself: What if I were a source of increasing hope? What would that look like? How would I be? What would I do more of, or less of?

What if each one of us were a source of increasing hope to everyone around us? Each of us a point of hope, a point of light in the dark. We would become a field of stars shining in the night sky, sweeping across the heavens like the Milky Way.

Each point source of light is small, and twinkles as our energy ebbs and flows, as we try and fail and try again. The night is still dark. And yet… North of the equator we only need one star, the Pole Star, to know which direction we face. And we only need two stars, in the Plough, to find the Pole Star. And only seven stars to be sure that it is the Plough. And with the help of other constellations and planets we can find out where we are, what time it is, how fast we are going.

Each of us can help those around us navigate in the dark. We can look to other people for their help. It might take seven. It might only take one. We might be that one to others. And they might be near at hand, or far away in parts of the world that barely scratch our consciousness.

Sometimes there is a shooting star or aurora – an Anne Frank or a Jo Cox – that scorches across the heavens. It is extinguished all too quickly, but the trace remains bright in the memory. Sometimes, a moon or comet – a Mother Teresa or a Nelson Mandela – might rise and hold steady, and the whole world seems bright for a time.

Each of them is – each of us can be – a promise and a hope of a shining new sunrise.