…you may not find anything left. Following on from my last post about Climate, I want to consider the related issues of trees and afforestation.

Forests, especially the equatorial rainforests, are the lungs of the planet. They breathe in carbon dioxide, and breathe out oxygen. Without them we wouldn’t be here in the first place, and now they scrub much of our excess carbon emissions out of the atmosphere. NOAA’s observations of carbon dioxide concentrations show the strong seasonal cycle, caused by the variation in growth of vegetation in the land mass of the Northern Hemisphere. The rainforest also affects rainfall patterns, with the Amazonian rainforest transferring moisture inland, as well as being a treasure trove of biodiversity. Trees purify our water, and provide us with of fuel, medicine and raw materials.

And there’s the rub, and why instead of protecting and cherishing woodland and forests, humans are laying waste to them. Oh, and they also get in the way of palm oil plantations and beefburger ranches, and so thousands of acres are just slashed and burned. Yet another example of short-termist Darwin-award-worthy human activity.

REDD, the United Nations Collaborative Programme on Reducing Emissions from Deforestation and Forest Degradation in Developing Countries, paid for by developed countries, was one of the few agreed deals that came out of the Copenhagen climate negotiations in 2009. Unfortunately, it could counteract indigenous rights.

Which is why we need organisations like Global Witness, who uncover illegal industrial logging in the Tropics, as Patrick Alley described at TEDxExeter 2014; and Cool Earth, whose work with indigenous communities to put endangered forest out of reach of loggers we will hear about at TEDxExeter 2015. 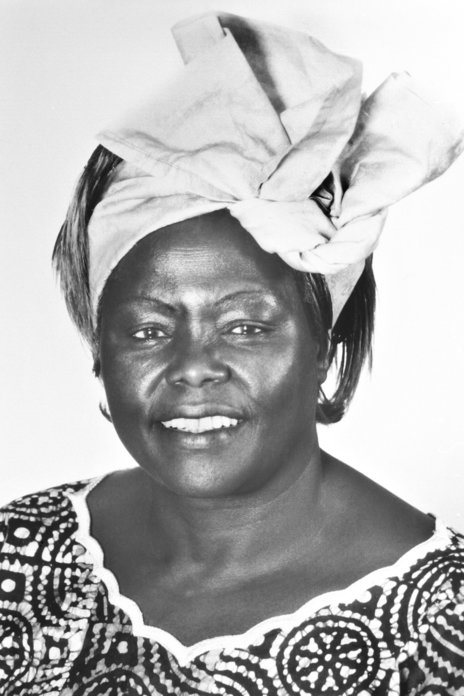 And we need people with the vision to replant forests, even though they may not see the results of their labours. People like Wangari Maathai, who started the Green Belt Movement and won the Nobel Peace Prize in 2004. She said: “If you destroy the forest then the river will stop flowing, the rains will become irregular, the crops will fail and you will die of hunger and starvation.” The campaign encouraged women to think ecologically and to plant trees in their local environments – more than 50 million across a number of African countries – but she also saw tree-planting in a broader perspective which included democracy, women’s rights, and international solidarity.

At TEDxExeter 2013, we heard about the long view to the future taken by the builders of the dining hall at New College Oxford. Kirsty Schneeburger described how they planted oak trees in order that there might be timber available to replace the ceiling hundreds of years later.

Earlier in March, the Eden Project was in the news for its scheme to preserve Californian coastal redwoods for future generations. At 115m in height, they are the tallest living things on the planet, but almost all have been cut down and the remaining trees are under threat from drought, forest fires and changes to the local foggy, chilly climate. Conditions at Eden are apparently perfect for redwoods, and clones have been flown in to create a new plantation. Tim Smit says: “The idea is that when they grow they will be seen for miles around and become a new landmark. Planting saplings which could exceed the height of a 30-storey building and live for 4,000 years requires a different kind of planning.”

These last two examples are relatively small, but for the people who Maathai encouraged until her death in 2011, and for the human race as a whole, taking the long view of our forests is a question of survival.

On login, WordPress uses the wordpress_[hash] cookie to store my authentication details. Its use is limited to the Administration Screen area.

After login, WordPress sets the wordpress_logged_in_[hash] cookie, which indicates when I'm logged in, and who I am, for most interface use.

WordPress also sets a few wp-settings-{time}-[UID] cookies. These are used to customize my view of admin interface, and possibly also the main site interface.

When you comment on my blog, you too get cookies stored on your computer. This is purely a convenience, so that you won’t need to re-type all their information again when you want to leave another comment. Three cookies are set for commenters:

The commenter cookies are set to expire a little under one year from the time they’re set.

wpzerospam
wpzerospam_ip_checked
wpzerospam_has_access
Set by the WP Zero Spam plugin to limit the amount of spam I have to deal with. Contains your verified IP address, and stores a Boolean (1 or 0) to authorize you or not. Deleted when your browser is closed.

uvc
Set by the domain addtoany.com to track usage of the Addthis.com service. It allows you to share a webpage with many social sites. Expires after 24 hours.