RegenSW asked me to write a couple of pieces for its new blog “Power Culture: exploring our energy generation through the arts”. Naturally, I wrote about Particulart and Didcot Power Station and cross posted them here.

There aren’t many essays I remember writing at school. I spent most of my time in the sixth form studying Maths and Physics or in the nascent computer room. But then there was Geography and, for a brief term or two, General Studies.

Despite not leading to an exam, General Studies nevertheless – shock! – managed to broaden my education. It introduced me to Tchaikovsky’s Piano Concerto No.1, thereby opening the world of classical music that previously I had only played or sung but not truly heard. And through an assignment to write about four buildings, it gave me an appreciation of architecture and form. The fourth building was Didcot Power Station. It is this essay on Didcot that I best remember.

I was born and grew up in Abingdon in the Vale of White Horse just south of Oxford. The original coal-fired power station, now known as Didcot A, was commissioned one year before I arrived into the world. It was located close to sources of rapidly-growing demand for electricity in order to reduce transmission losses but therefore, unusually, in a rural area with great natural beauty.

As a result, more attention was paid to its aesthetics than to most other power stations. My mother managed to find my essay:

“Special consideration has been given in the layout and landscaping of the power station to minimise its impact on the Thames Valley. An eminent architect [Frederick Gibberd] was appointed and under him, every attention has been given to the arrangement and architectural treatment of the buildings. Power stations of similar capacity in other parts of the country have eight cooling towers concentrated in one area. At Didcot, there are only six cooling towers arranged in two groups of three, half a mile apart, despite the increased construction costs and reduced efficiency [I found out later that Henry Moore may have had a small role in the composition]. Also, the earth excavated from the foundations of the main buildings, around 1.5 million tonnes, was used to form an embankment, and seeded with grass to screen the huge coal store. Landscaping [directed by landscape architect Brenda Colvin] has included the preservation of as many of the trees which were growing on the site as possible. Approximately 1,200 screening trees and bushes have been planted in areas overlooking the site…

“While the aesthetic appearance of the chimney stack and the cooling towers has some importance, because they dominate the countryside, the other buildings are built to maximise their efficiency. Consequently the only aesthetic value they have is that their rectangular shapes contrast with the curves of the towers.”

Dominate the countryside they certainly did, as well as the interior landscape of my childhood. The cooling towers were always there, always drawing my eye and my thoughts. On every walk there was always the question: can we see Didcot from here?

It wasn’t all positive. I had bad hayfever growing up, possibly sensitised by pollution from the stack.

I clearly remember the power cuts of the mid-1970s, and the many lengthy blackouts seeped into my subconscious. Like a person who has experienced starvation and fixates on food, I think I have never truly stopped believing that shortages will happen again. Occasionally still, I find myself glad I have candles and camping gas in the house.

Maybe the shortages are seared into the national subconscious too, given the politicians’ mantra during election time about how we need to “keep the lights on”. My response nowadays is “Do we really? Why? How did we get so reliant on electricity and other forms of energy, while taking them so much for granted?”

With the Didcot essay, my mother found another which I had no recollection of writing on: “How can we meet the ever increasing demand for energy?” I no longer hold some of the views I expressed, so perhaps I blanked it out. But it is a good example of the importance of never being content with the information to hand, and continuing to investigate, and on the other side of the coin the mutability of opinion, and the potential for changing minds and hearts.

I am almost certain that Didcot’s looming bulk sparked my interest in energy and shaped my environmental interests and career. But I am not the only person which it has sensitised. Many regard it as a blot on the landscape, many others have seen its sculptural appeal, and some hold both opinions.

Didcot has been celebrated in photography and social commentary by other locals, exalted and damned by commentators from Marina Warner to Simon Hoggart, and immortalised in poetry and painting. Roger Wagner used a view of the six towers and chimney as a back-drop to the crucifixion drama in his painting “Menorah”. Sir Tim Rice and Kit Wright have both written an “Ode to Didcot Power Station”, and John Elinger won a poetry prize for “The Cooling Towers at Didcot”.

Now the time for art is running out. RWE npower decided not to fit flue gas desulphurisation equipment, so under EU law the power station could only run for up to 20,000 more hours, and it finally ceased operation on 22 March 2013.

Barbaresi & Round were resident artists during the last three months of operation. In their blog, Where clouds are made, they wrote: “Through the project we want to explore how the power plant and cooling towers have come to play an imaginative role in the sense of place for Didcot residents and beyond.” But sadly, Historic England assessed the cooling towers as unsuitable for listing building status. Although Gibberd’s design had “strong resonance”, Didcot conformed too much to the old CEGB standards and policies. 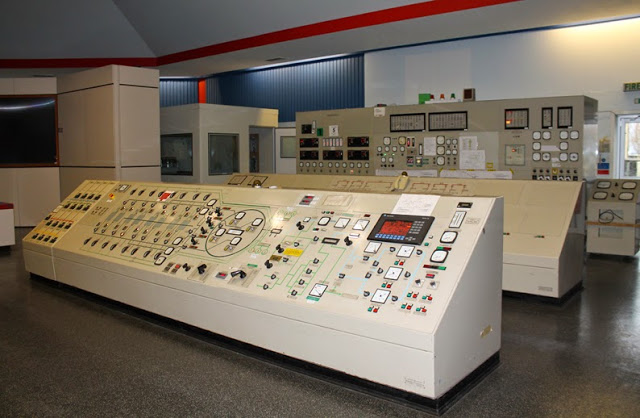 So at 5.01am on 27 July 2014, the three southern cooling towers were demolished. I wanted to go, but it seemed daft to drive all that way from Exeter in the middle of the night for 15 seconds of action. And yet… the 15 seconds are not really the point. The crowds that turned out to watch were a celebration of Didcot Power Station, and a testament to its role in place-making, in the imagination, conscious, subconscious, and life stories of many people. 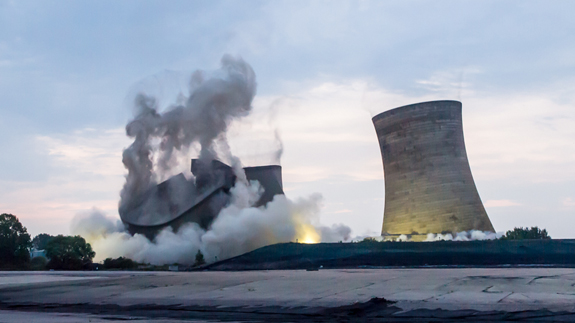 On login, WordPress uses the wordpress_[hash] cookie to store my authentication details. Its use is limited to the Administration Screen area.

After login, WordPress sets the wordpress_logged_in_[hash] cookie, which indicates when I'm logged in, and who I am, for most interface use.

WordPress also sets a few wp-settings-{time}-[UID] cookies. These are used to customize my view of admin interface, and possibly also the main site interface.

When you comment on my blog, you too get cookies stored on your computer. This is purely a convenience, so that you won’t need to re-type all their information again when you want to leave another comment. Three cookies are set for commenters:

The commenter cookies are set to expire a little under one year from the time they’re set.

wpzerospam
wpzerospam_ip_checked
wpzerospam_has_access
Set by the WP Zero Spam plugin to limit the amount of spam I have to deal with. Contains your verified IP address, and stores a Boolean (1 or 0) to authorize you or not. Deleted when your browser is closed.

uvc
Set by the domain addtoany.com to track usage of the Addthis.com service. It allows you to share a webpage with many social sites. Expires after 24 hours.

If you disable these cookies, I will not be able to save your preferences. This means that every time you visit this website you will need to enable or disable cookies again.