You can now view the conceptual artwork produced by my 4th year medical students in an exhibition. It’s on at the Wellcome Centre for Cultures and Environments of Health at Exeter University, until October. The Centre is open during normal working hours. I suggest contacting them first before visiting.

Next year the tutors on the Medical Humanities unit will chop and change a little. The new tutors will include Holly Henderson, who is a lecturer at the University Business School. I met her at the June conference as she was getting to know a bit more of what the Medical Humanities unit is about. She uses Lego in her work at the Business School, and plans to use it to explore the doctor-patient relationship. I immediately jumped on this new potential for building the UK Climate Projections.

It’s been a while since I had access to Lego. But today Holly very kindly gave me her time and some boxes of bricks to spread on the floor and experiment. It was surprisingly difficult to build the blocks into a Climate Projection grid. I wanted to build a 3D representation, so needed enough of the base colour to fill the whole map, as well as plenty of other colours. I now know the term ‘Lego soup’, the eventual end point of entropy in the toy cupboard! In other words, I had to mix and match a bit. So the map is not quite uniform, and in places a bit blue-on-blue. 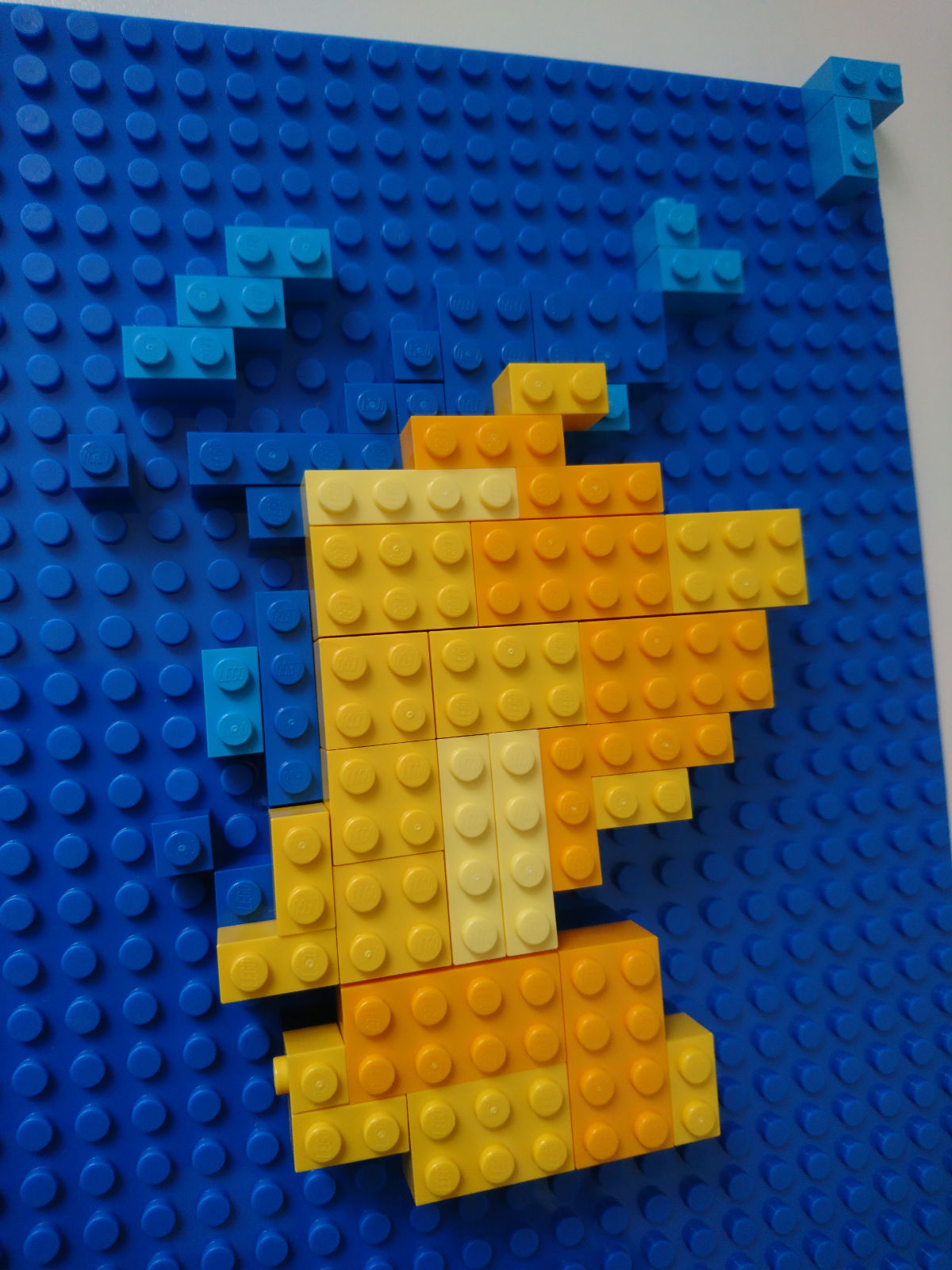 Here, though, is the °C change in the daily mean temperature by the 2050s, compared with the 1961-90 baseline, in the summer months in Scotland, taking the 90th percentile estimate under the UK Climate Projections 2009 high emissions scenario (the “Worst Case” issues of the Little colouring books).

Blue blocks mean an increase of 3-4°C, and yellow of 4-5°C. If you are wondering, the projection for Exeter and much of the south of England is an increase of 5-6°C. I very much hope it won’t come to that.